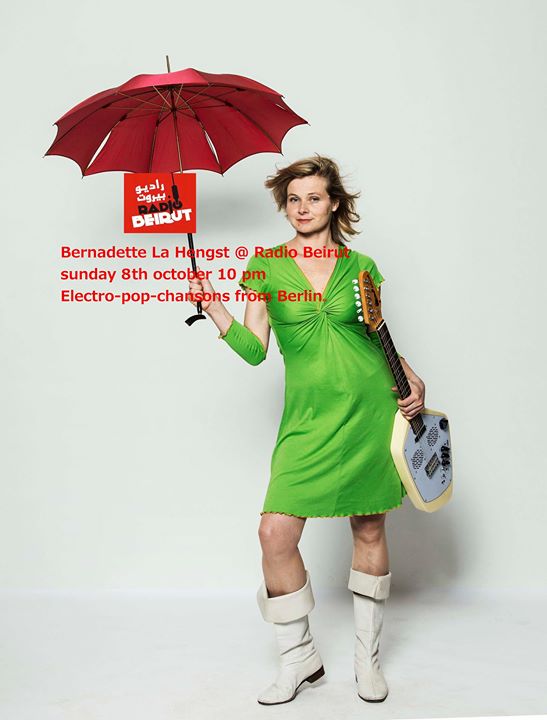 Electro-pop-chansons from Berlin
Free entrance
Bernadette La Hengst, based in Berlin, is an electro-pop musician, singer-songwriter with a passion for political & social issues and utopian ideas. She was singer/guitarist of the Hamburg Pop-punk girlband „Die Braut haut ins Auge“ (1990-2000), her current 5th solo album is called „Save the world with this melody“ (Trikont). Since 2004 she developed many participative theatre projects as a musician and director, and she is an expert in founding impromptu choirs everywhere.
2016 she was part of the artist expedition sound development city between Madrid and Casablanca, where she met the experimental oud player Youmna Saba from Beirut.
In september/october 2017 she is staying for 3 weeks in Beirut for an artist residency (by musicboard Berlin) to write songs about the city and her parents wo has been living in Beirut in the 60ies.
http://www.lahengst.com